When people think of Sexually Transmitted Diseases or Infections (STDs/STIs), they mostly think of Human Immunodeficiency Virus (HIV) and that is not incorrect, however there are more STDs and STIs than you may think.

When people think of Sexually Transmitted Diseases or Infections (STDs/STIs), they mostly think of Human Immunodeficiency Virus (HIV) and that is not incorrect, however there are more STDs and STIs than you may think. Many of them do not have signs or symptoms, but they can lead to some serious medical conditions. Many of them are easily transmitted and are more common than you may think.

So, on the menu we have HPV also known as Human Papilloma Virus which is the cause of nearly all cervical cancer and there are nearly 80 million people currently infected in the United States. On average, nearly 14 million people, including teenagers, become infected with HPV each year.

Next on the menu, we have bacterial vaginosis which is usually caused by an overgrowth of certain “bad” bacteria in the vagina.

Next on the menu, we have Trichomoniasis aka Trick. It is curable however it also often goes unnoticed because there are no signs or symptoms. However, if left untreated, Trichomoniasis cause problems with pregnancy.

Even though, these STDs/STI‘s may seem like they are rare. They are more common than you would imagine. On the inside of the menu, you will notice some of our regular STDs and STIs.

On the left side of the menu, we have chlamydia which usually do not usually have signs or symptoms. It is treatable, usually clears up within a few days to weeks. You may be experience genital pain and/or discharge.

And just below chlamydia on the menu, we have gonorrhea, which in recent years have become more and more resistant to nearly every drug used for treatment.

To top off our menu we have syphilis which can be easy to cure in its early stages, if diagnosed early. If left untreated, syphilis can lead to serious complications.

So, what do the numbers say?

Of course, all of this means nothing if you do not get tested, use a condom and/or talk with your partner(s) about how you can play safe together.

Are you ready to order or do you need a few minutes to reflect on the menu? 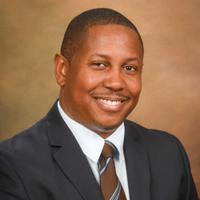